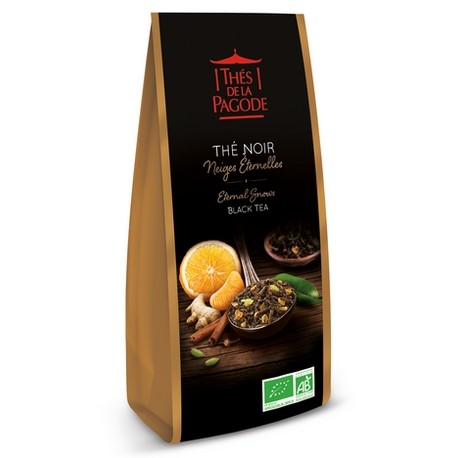 Tea of the Eternal Snow 100g

This black tea, paying tribute to the famous Indian “masala chai” (literally meaning “spiced tea” in Hindi) is a classic combination of Ceylon black tea and “hot” spices, traditionally enjoyed with milk and sugar at Christmas time in Eastern countries.

The Grands thés des gourmets’ organically grown Tea of Eternal Snow uses the recipe of this famous combination with a base of the wonderful Ceylon black tea, harvested from the heights of the UVA regions of Sri Lanka, with a refined, clear taste.  It is enhanced by a selection of the best spices: Cardamom, Cinnamon, Clove and Ginger. These flavours embrace the palate with their rich, powerful notes. The fresh and tart accompaniments of Orange and Mandarin bring balance to this spiced tea which is the perfect accompaniment to all your mealtimes over winter and its taste will transport you to Christmas and other exotic places.

Christmas tea is a must for the festive season. Often prepared from black tea and warm spices, it is a real winter-warming treat! Typical Yuletide fruits are often added: oranges, clementines, mandarins, etc.

The history of Christmas tea dates back to the Victorian era in England when “tea parties” were very popular. In the 1860s, Royal tea parties were held during the Christmas season. Hot drinks were prepared especially for these events. It was customary to serve a so-called "hot" spicy tea to combat the winter frost. The tradition then spread and the success story continues to this day. 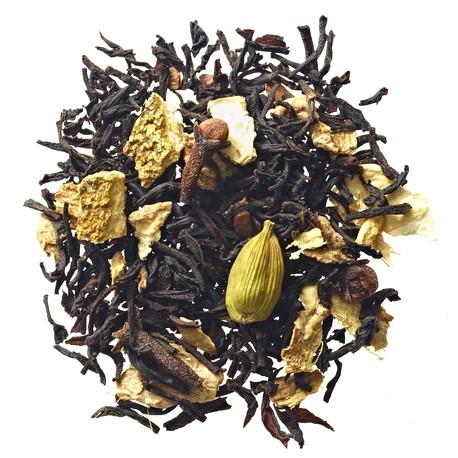