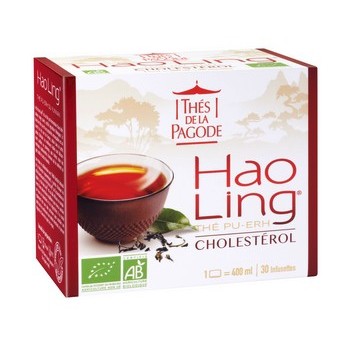 Hao Ling tea is a very rare organic Pu-erh tea from the Yunnan province in China. It is grown in the “Six Tea Mountains” region using a traditional Chinese method, which gives it its fine, subtle flavour. It is obtained after long fermentation of the tea leaves followed by post-fermentation, which can last from a few weeks to several months, depending on the desired flavour.

This Pu-erh tea is renowned and appreciated for its sweet, rounded taste and numerous health-giving properties such as control of bad cholesterol and triglyceride levels and its digestive properties. It helps to restore a sensation of lightness after meals.

A study conducted in conjunction with INRA (French National Institute for Agronomic Research), has evaluated the beneficial properties of Hao Ling® tea on lipid accumulation. It is an effective ally in conjunction with a balanced diet to control cholesterol and triglyceride levels more effectively.

(HDL cholesterol) in subjects with slight to moderate hyperlipidaemia**.

At the rate of 3 cups per day, it triggers a significant change in biological parameters associated with the risk of cardiovascular disease (heart attack, thrombosis, stroke) from the first month of consumption onwards. This beneficial impact continued throughout the three-month study.

This tea obviously cannot prevent cardiovascular disorders on its own but, when combined with a balanced diet and regular exercise, it can help to protect the heart and arteries.

Hao Ling® tea will give you a considerable helping hand to prevent - or at least delay - the administration of lipid-lowering agents such as the famous statins, the side effects of which are widely known. In addition to confirming the efficacy of this tea, the study has also established that Hao Ling® tea has a very pleasant and well-rounded woody flavour. Study participants were satisfied or highly satisfied with this tea. 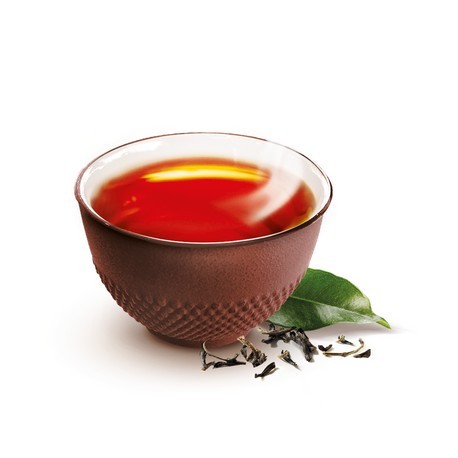