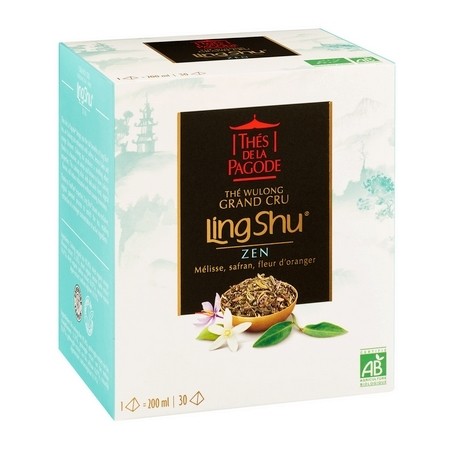 Once upon a time, in the Guangxi region, you could drink a tea so sweet that after a few mouthfuls, you felt relaxed and serene, just like after a warm bath or massage. On returning from the battle fields, the warlords would savour the ecstatic delights of this delicious brew. This unique tea was known as “Ling Shu”, which means "spiritual pivot" in Mandarin.

Contrary to belief, the tea is not just a stimulant because of the presence of theine. Its leaves contain an amino acid called "theanine", which has a recognised relaxing, calming effect. It generates perfectly natural alpha waves in the brain, which are relaxation waves (the same as those produced during a massage or warm bath). Theanine produces a sensation of well-being and relaxation.

Reputed to be the most expensive spice in the world, Saffron is known to have a calming effect. Combined with Lemon Balm and Orange Blossom, renowned for their soothing properties, Ling Shu tea provides well-being and relaxation on a daily basis.

This anti-stress tea has been produced using the original enrichment process, namely TeaPlus® expertise, which concentrates and binds the active ingredients of plant extracts directly to the tea leaves. During infusion, the latter are released to create a beverage that is 10 to 20 times more effective than a traditional herbal tea. 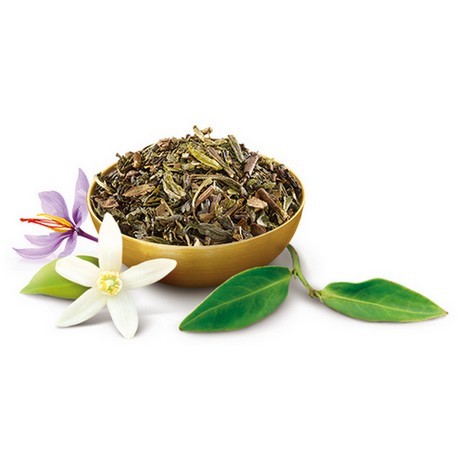